Motive Offshore Group, has reported a successful first half of the year, despite the effects of the global pandemic.

In addition to completion of pre-COVID project awards, we have won a number of contracts during the past five months which are set to see us end the year on budget. 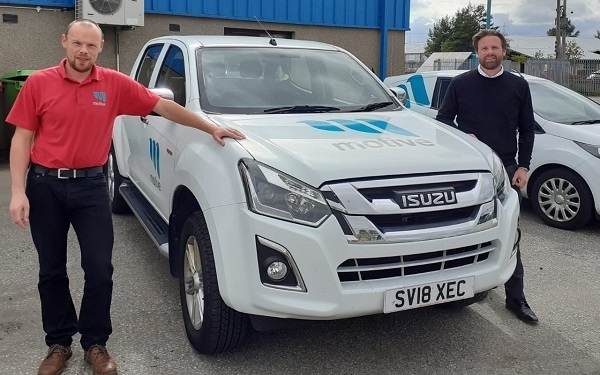 Recent awards reflect a focus upon the renewable energy sector, particularly for our Fabrication Division which previously reported a 155% increase in turnover during 2018/19. Operating on a 24/7 basis since May, the division has completed a total of 46 vessel mobilisations/demobilisations in the last twelve months, worth a total of £665k. It has also undertaken a number of largescale work scopes, including the production of an active heave compensation winch – a first for Motive – for use within a high-profile offshore wind project and fulfilment of its largest Fabrication contract to date, the fast-track manufacture and vessel installation of a 55Te Grillages package.

Motive has reported recent success for our Spooling & Inspection division - which has renewed two major framework agreements from its Houston and Port of Blyth bases - and its UAE entity, Motive FZE which has seen an increased demand for its inspection services, necessitating the recruitment of local technicians. Motive’s Norwegian-based Flexibles division has also announced an umbilical testing contract award for 3 different scopes from a major subsea contractor, worth £856k.

The result of upcoming activity, we have launched a recruitment drive across several areas of the business, including two technical positions within our Norwegian entity, Pumptech, as well as a business-wide Technology Lead and a graduate position within its successful Knowledge Transfer Partnership (KTP) with the University of Aberdeen. In addition, previous UAE Regional Director, Eddie Moore, has been appointed as Group Business Development Manager, a new role for the company.

Despite the initial shock felt across the offshore energy industry earlier this year, Motive has ensured that any ramifications have been mitigated by flexibility and courage, resulting in an exceptionally busy period for our workshops. We continue to invest in our people and see this time as an opportunity to focus on and invest in strategic global business development. This includes the creation of a Group Business Development Manager role, and the introduction of new technology which will provide client equipment performance data. We have also commenced work on a significant project to ensure that every element of our business - from the design and operation of our products, to our travel habits – complies with increasing ESG (environmental, social and corporate governance) legislation, which is critical in future-proofing the business.