Motive’s managing director, Mr Gregg, has supplied 100 high visibility vests to his former school, Ordiquhill Primary, to ensure pupils remain safe during the dark evenings in and around the school.

Meanwhile, operations director, Mr Acton, has donated £400 to Macduff Primary to assist the school to replace it’s playground facilities, part of which was previously removed due to health and safety concerns.

The joint support is part of Motive Offshore’s wider commitment to reinvest in the local community and develop long term relationships between schools and their industry. 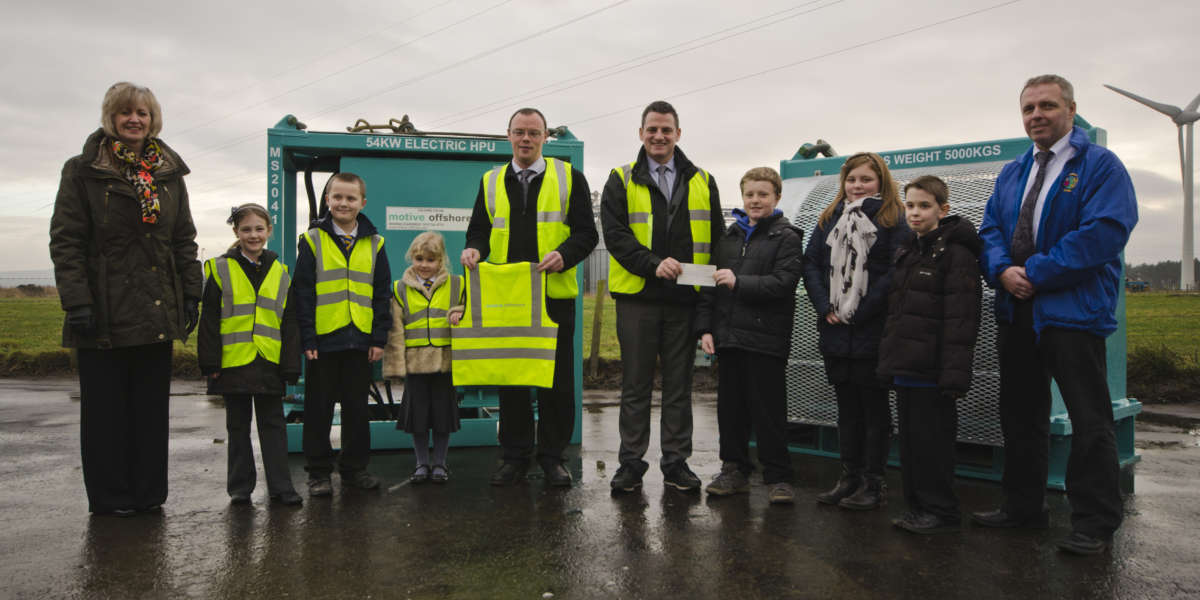 Health and safety is critical in our industry and a key factor in Motive’s day-to-day operations, therefore, enhancing safety for the pupils of our local schools is very important to us. As a business headquartered in Aberdeenshire, we are fully committed to supporting our community and the wellbeing of children in the area is crucial. I learned a lot from my schooldays at Ordiquhill, particularly a strong sense of what is right and wrong, and I am certain that the school played an important role in shaping the way that I am today.

Motive is committed to cultivating relationships with the local community, particularly schools, as too much focus can often be placed upon a transition into further education, as opposed to engaging with local industry. Organisations like Motive Offshore have an important role to play in highlighting alternatives and providing attractive opportunities to young people.